We are always ready to assist you. 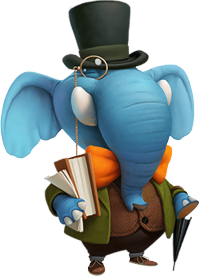 To promote and nurture effective Teaching, we at Arena Animation • GBS take proactive steps to keep ourselves, our students & teachers, abreast with newest developments in the field of Animation and Digital Media by organizing several Guest Lectures, Seminars, and Workshops for students as well as staff. Besides the in-house workshops which are taken by the faculty, experts from various fields are invited from time to time to share their knowledge and/or skills with the students. 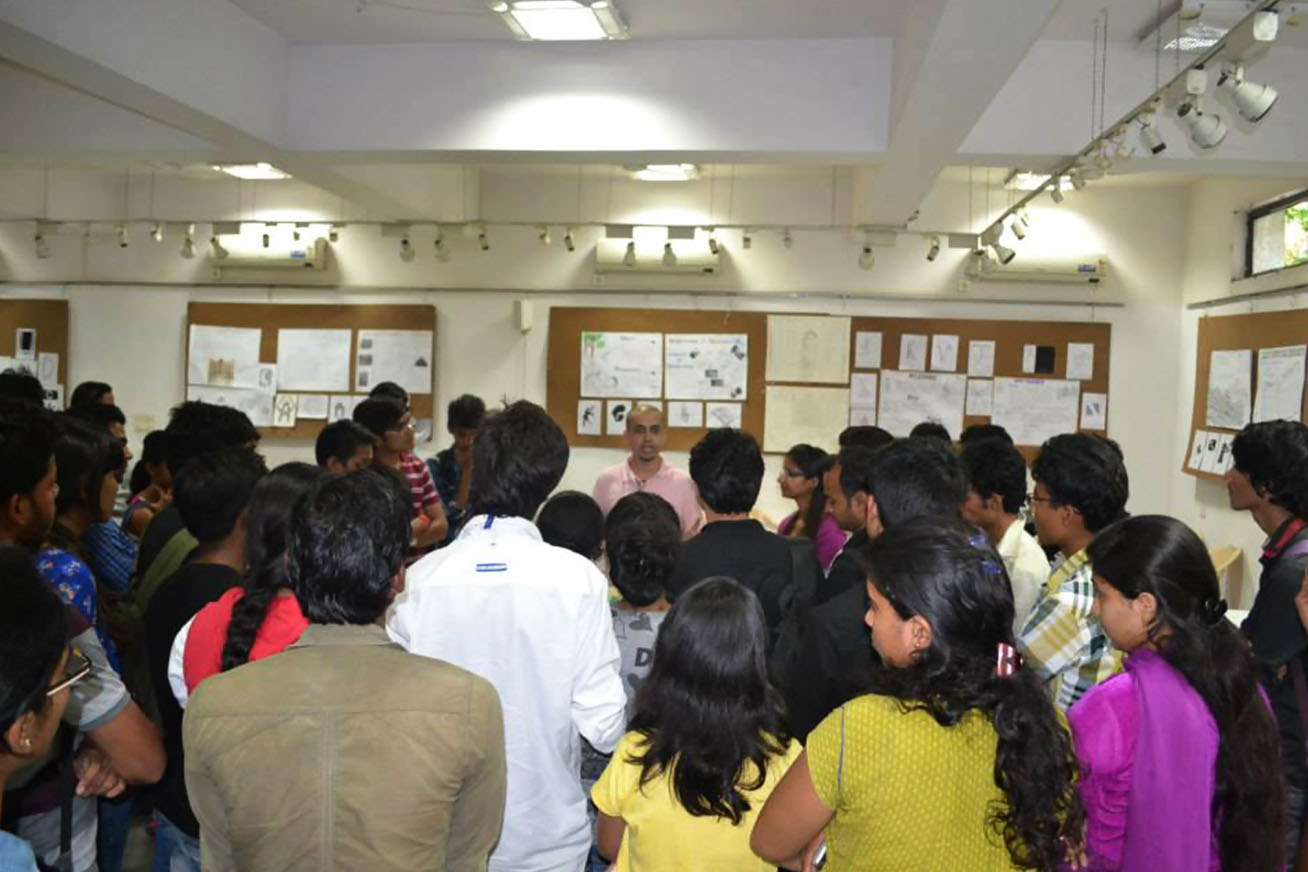 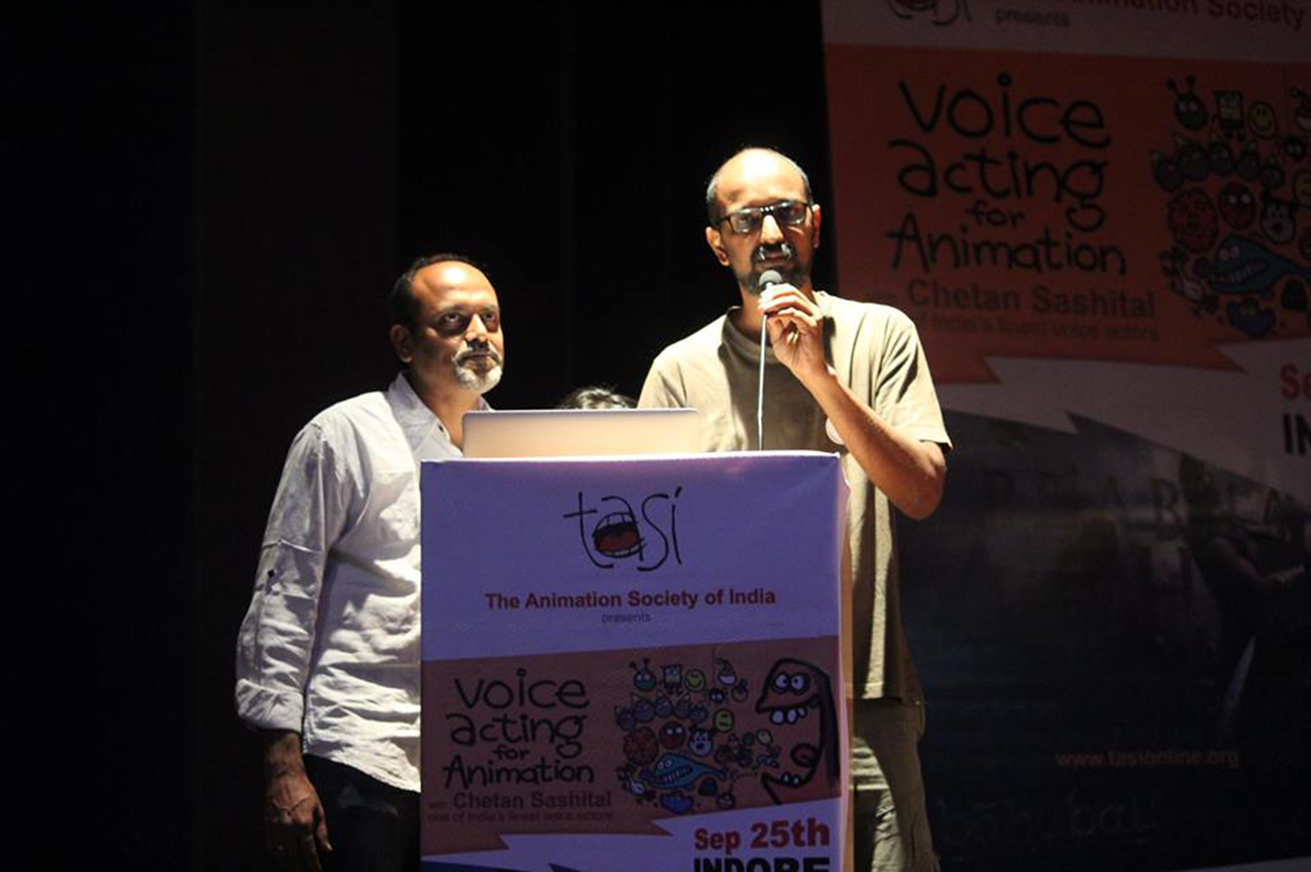 The Animation Society of India, TASI, conducted a Double Dhamaka Session with the Award Winning Experts on Animation, Visual Effects, Pre- Production, and Voice Acting. The first session was taken up by the experts Shri Srinivas Mohan from Chennai (Visual Effects Designer, Coordinator & Supervisor in Film Industry) and Sanath PC (Co-founder and VFx Director at Firefly Creative Studio) from Hyderabad. They have recently worked on the Visual Effects for the movie ‘Baahubali’. While, the second session was taken up by the Voice Artist Chetan Sashital from Mumbai who is mostly recognized for working in the dubbing industry and has been the voice of many actors & cricketers, and done more than 1,000 commercials.

ASIFA India Indore Chapter organized an interactive session on Storytelling for the students. The session was taken up by the Award Winning Artist, a Photographer, Painter & Filmmaker, Saraswathi Vani Balagam. She has been working in the Animation & Visual Effects Industry, ranging from marketing to Studio Management. She served as President of ASIFA India, a non-profit organization focused on promoting the Art of Animation in India. She also started the Indian Chapter of Women in Animation. 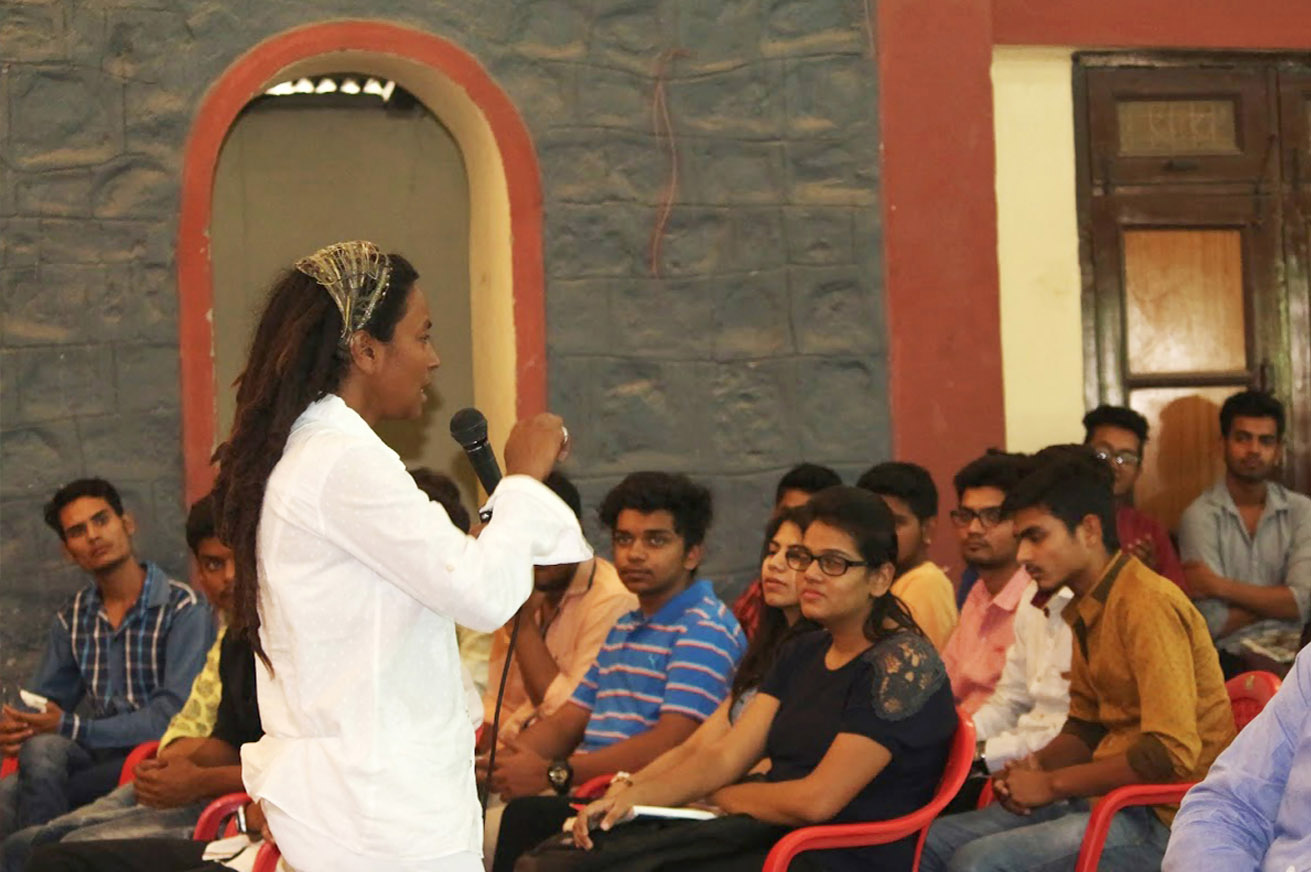 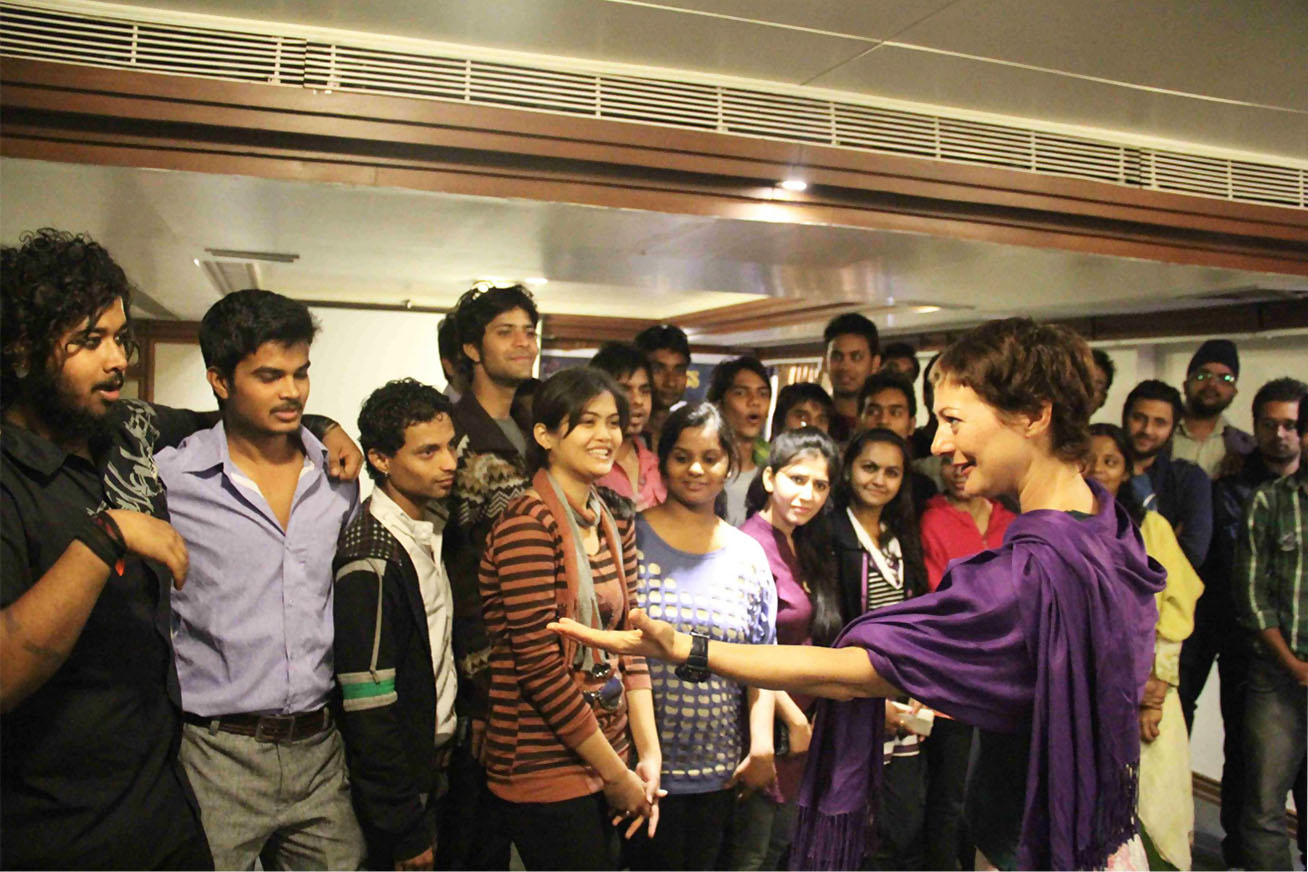 ASIFA India Indore Chapter organized a Master Class for the students. The session was taken up by Doerthe Ecikelberg, an eminent Filmmaker, Comedian & TV host from Germany. She has won both National & International acclaim for her programmes in English, German, and French. She also highlighted the importance of intuition and laughter in our lives.

An interactive session is conducted on Film-making, Storytelling, Writing, and Shooting for the students learning at Arena Animation • GBS. The session was taken up by Somnath Sen, renowned Writer & Director, Faculty & Head of Affiliation Programme at Whistling Woods International. He talked about prerequisites of direction and how they have shaped the future of many young, fresh aspirants in the field of Film-Making, and also informed the students about the Technicalities of Filmmaking through a demonstration. 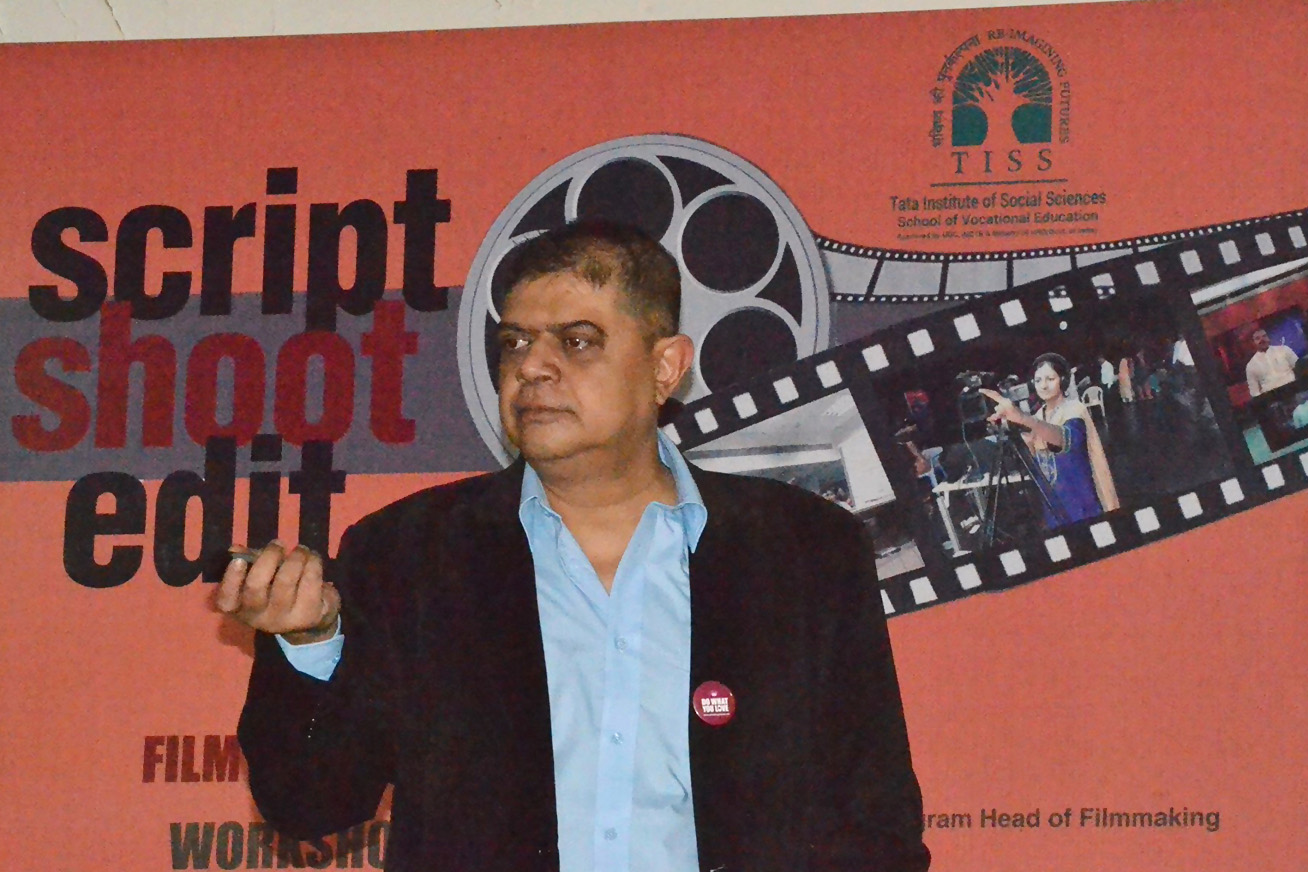 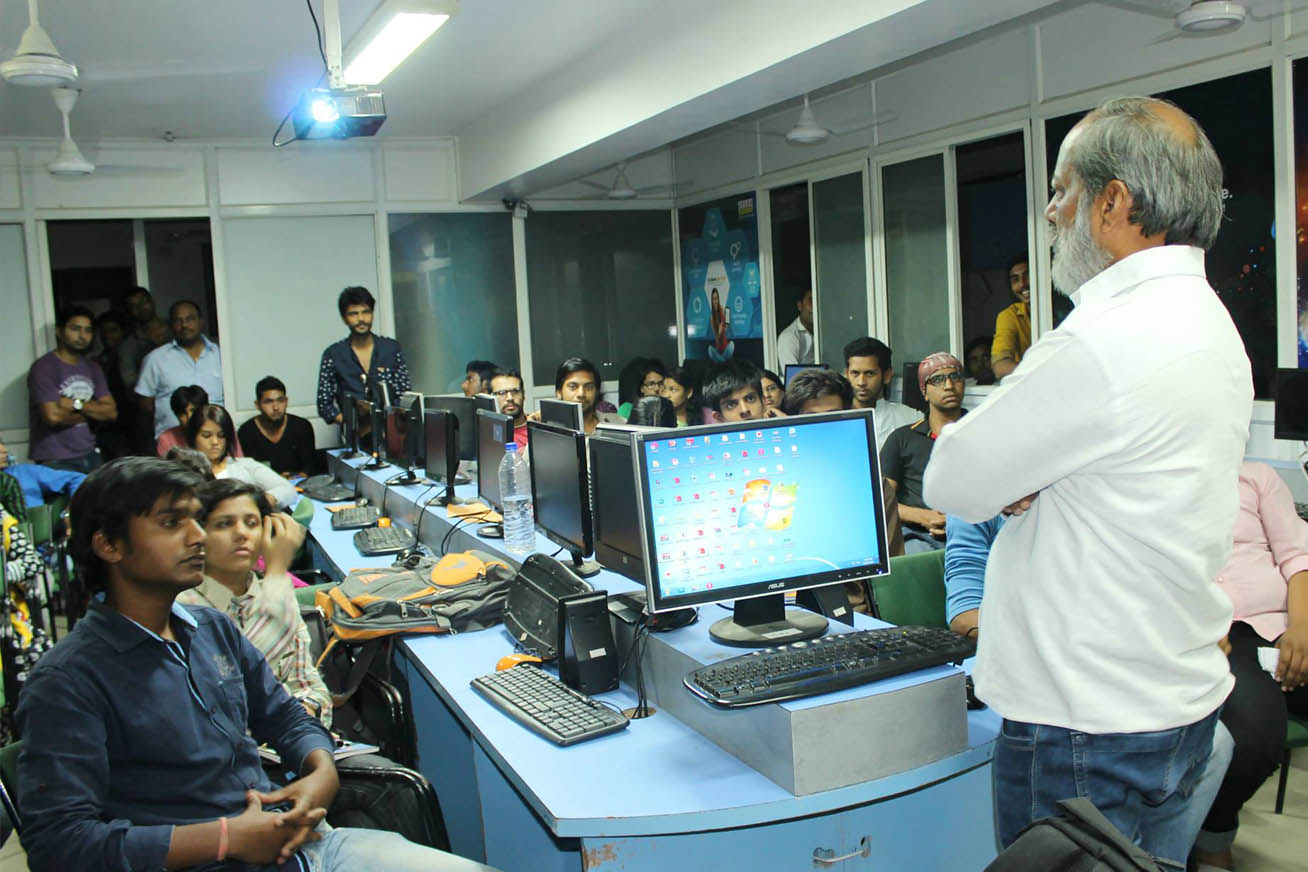 We Welcome each One of You to Our Campus where Latest Technology, Innovative Teaching Methodologies & Quality Training are Blended Together to Create a Unique Learning Experience.